Lily Black was in deep shit.

She knew it and so did the asshole staring her down not more than ten feet away. His smile was wide, vicious, and it stretched taut across his face, emphasizing the dark eyes that were lit with an unholy light.

He grunted and nodded as if to say, you’re totally screwed.

Tell me something I don’t know. 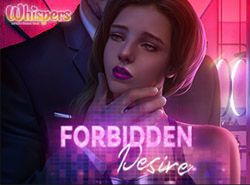 Her gaze moved quickly as she tried to find an alternative that didn’t involve her butt getting kicked all over the place, but as far as she could see there was no way out.

She’d become separated from the unit two hours before and now found herself trapped amongst the debris and carnage leftover from decades of war. She was totally on her own. Kerr and the rest of the men were on their way back to base. It was the way of it here on Drakkon. The land was harsh, unforgiving, and the men were pretty much the same.

Lily swore under her breath. Christ, she so didn’t have time for this.

Her eyes settled on the enemy. He was of human origin, strong and menacing. She studied him closely and tried to quell the anger that hit her hard.

The clothes that he wore, the weapon at his side and the sheer arrogance that colored his features told her all she needed to know. The bastard was a member of The New Order and was from her time—two hundred years into the past.

She knew why he was here. To assassinate Kerr Strome, the man she’d been sent to protect.

Lily gripped the weapon in her hand and narrowed her eyes. She’d be damned if she’d let him complete his mission. She’d been on the planet for four and a half weeks and had managed to infiltrate Kerr’s elite military unit. It hadn’t been hard. War had pretty much thinned the numbers of top-notch soldiers and she’d had no trouble stepping into the dead boots of one not much older than herself.

That he’d been male hadn’t been an issue. She’d tucked her long crimson hair beneath a protective skull hat, and with the dirt and grime that came with war it had been too easy to play the part of a young, albeit gifted, male warrior.

She’d fought alongside Kerr and his men and had slowly gained their respect as they’d kept the lizard-like creatures at bay while they hurried to evacuate the thousands of people still left on the planet.

The Serpentis were cold, lethal, and had a hate-on for Kerr’s people that had fuelled the war for decades. Their only thought was the destruction of every single Drakkonian. Their reasons didn’t matter either—if they even remembered them.

And now The New Order had arrived and jumped into the game. Lily grimaced. She’d known this would happen. It’s why she’d been dispatched to Drakkon with orders to make sure Kerr made it off the planet. He’d been targeted by the bastards and though she didn’t know the why of it, the reason wasn’t important. She was a Black Opal, a time shifter and it was her job to make sure assholes like The New Order didn’t achieve their end game.

Kerr Strome would make it off Drakkon. Or she’d die trying.

She spit into the ground and clenched her fists as the operative laughed at her.

Bring it on. The dude was big but it sure as hell didn’t mean his balls were made of steel.

She smiled for the first time. Guess she was gonna find out.

Lily exhaled slowly. This was good. So far her cover was intact.

The asshole had no clue she was standing right in front of him. She felt the black opal begin to burn against her chest. Something poked at the edge of her mind and she shook her head, widened her stance.

Why was the operative looking for her? Shouldn’t he be gunning for Kerr’s location in order to take him out?

“It doesn’t matter. I will find her,” he whispered harshly, the words falling like stones from between his lips.

She felt everything fade away. The cold, the wind, the fear. Nothing but a steely determination and a keen instinct to survive remained.

“Your leader is a fool if he thinks to evade the Serpentis forever. They will find him no matter where he runs to…what planet or galaxy.” His voice was low, dangerous. “We will help them.”

“Good luck with that,” she said carefully, her voice low and controlled. “Dickhead.”

Lily watched as his tongue darted out and swept over his lips. Beads of perspiration bubbled along his forehead and the fire that lit his eyes signaled a change that did not bode well for her.

He scented the air and shook out long, heavily muscled limbs.

“No shit,” Lily whispered as she stood loosely on the balls of her feet. Silence fell between the two of them and she sensed his brain working madly behind the cold, dark eyes. She studied him closely—the arrogant tilt to his mouth, the square chin—and it was then that she noticed the small mark above his right cheek.

He wasn’t just any operative. He was one of Gideon’s sons. Gideon had been a boil on her family’s butt for decades. He was the leader of the New Order—a cold ruthless son of a bitch with a fanatical thirst for power.

As a smile swept across her enemy’s lips she swallowed